Vitoria Guimaraes look to enhance the recent away record even further when they go up against Tondela at the Estádio João Cardoso this weekend.

Tondela are winless in three matches after only picking up a 1-1 draw with Mafra in the Taca de Portugal. During the last Primeira Liga matchday, Tondela were beaten 2-0 by Moreirense in an away match. Vitoria Guimaraes managed a handsome 4-0 victory over Pacos Ferreira to overturn a sequence of losing games at home. Penalties from Tiago Silva and Rúben Lameiras came either side of the brace from Bruno Duarte.

Vitoria Guimaraes have managed clean sheets in three out of the last five matches. Only Porto and Sporting CP have been able to breach the defence of Vitoria Guimaraes. Even though Tondela have home advantage, there may not be goals at both ends.

Tondela have ended up with the lack of momentum as they try to avoid relegation. The club are just one point away from avoiding certain relegation and overtaking Moreirense. The Taca de Portugal games certainly do not help Tondela in this regard. Manager Nuno Campos has not been able to get those wins required to get the club out of trouble.

Detailed Analysis of the Stats for Tondela vs Vitoria Guimaraes 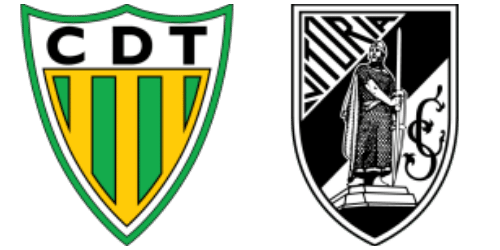 Where is the match going to take place?Estádio João Cardoso