This is a battle between two clubs who are struggling with the threat of relegation. Tondela take on Pacos Ferreira at the Estádio João Cardoso hoping for an improvement on this front.

Tondela have had two very bad results of contrasting nature. However, they have at least been scoring goals that should help them get a win over Pacos Ferreira, who have been completely overrun by the opposition in recent weeks. Even though Pacos Ferreira have managed to win four consecutive games against Tondela, this match might go in favour of the home team.

Pacos Ferreira and Tondela have played out over 2.5 goals in the last three meetings. Both teams have been defensively very poor and it is reflected by a total of 22 goals conceded by these two teams in the last six matches. Even though Pacos Ferreira may not be a huge contributor to the goals in this match, there would be over 2.5 goals during the efforts of the home team.

The volume of goals from Pacos Ferreira has been very poor and it is not a surprise considering from the team which has not been able to create any chance of going forward in recent matches. In the recent game against Gil Vicente, Pacos Ferreira did not attempt a shot from the six-yard box at all.

Tondela were able to produce a decent start to the game against Vitoria Guimaraes, but they were so overrun by the opposition once things started going against them. Tondela manager Pako Ayestarán continues to be affected by a large contingent of his players unavailable due to testing positive.

Pacos Ferreira are just a point above the bottom three coming into this fixture. A spectacular sequence of five consecutive losses in all competitions is unlikely to keep any team out of relegation trouble. Manager Jorge Simão will have to do without Jordi, João Vigário, and Hélder Ferreira.

Analysing the Stats for Tondela vs Pacos Ferreira 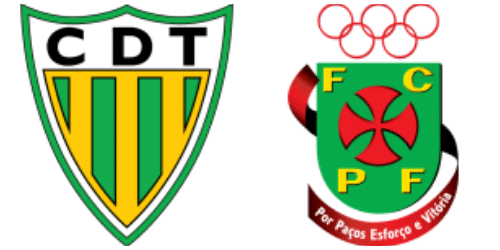