Benfica’s new manager Nelson Verissimo is coming deal of pressure and he takes the third-placed outfit to the Estádio João Cardoso for a game against Tondela this weekend.

Tondela produced a strong 2-1 comeback victory over Portimonense to pick up a first league victory since the opening game of the year. Portimonense were the better team for large sums and they took the lead through Angulo, but Filipe Relvas’ red card changed the dynamics and Tondela came back with two goals in the last 10 minutes. Benfica suffered back-to-back league defeats with the latest being a 2-1 loss at the hands of Vicente. Samuel Lino and Aburjania were the scorers for the visitors.

Benfica have been exposed too often at the back, but pushing a lot of players forward in the away match could have its rewards. Benfica have won at half-time and full-time in five of the last six games against Tondela, whose last victory against this opposition was back in 2018.

Just one of the last six meetings between Benfica and Tondela has produced over 2.5 goals. However, Benfica’s defensive fragilities could be exposed by Tondela once again. The home team have returned an average of 1.5 goals per game over the last six league matches.

Benfica’s only clean sheet in the last five games was against Arouca. The last few weeks has seen a difficult period at the back for Benfica and it is unlikely to go away with Tondela on a good run of form of late.

Tondela vs Benfica: Are Benfica in Crisis?

Tondela’s recent form has been surprisingly good with two wins in the last five. The club are now three points from the club. However, manager Pako Ayestaran has to deal with the unavailability of Jota Goncalves due to injury, while Pedro Augusto, Modibo Sagnan, and Rafael Barbosa are suspended.

Benfica are starting up the possibility of back-to-back losses for the first time since November 2020. As one of the top teams in the Portuguese league, it is very rare that Benfica have to go through such dips. Despite coming in with a lot of promise, Nelson Verissimo has had a tough start largely due to many players being unavailable. Rodrigo Pinho, Lucas Verissimo, and Haris Seferovic are missing due to injuries.

Analysing the Stats for Tondela vs Benfica

FAQs on Tondela vs Benfica game 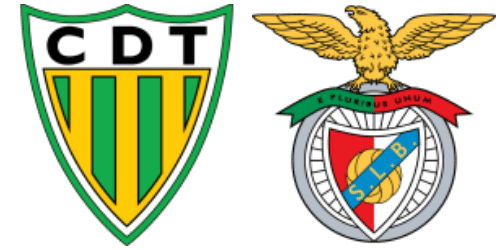