Switzerland meet Kosovo for the first time in a second friendly match for the home team over the last few days. The match will take place at the Stadion Letzigrund.

Switzerland’s seven-game unbeaten sequence came to an end following the 2-1 defeat at the hands of England. Emobolo continued his good form by providing the opening goal for Switzerland in the 22nd minute, but the Three Lions produced a strong comeback in the game. Kosovo picked up a first victory of 2022 by beating Burkina Faso 5-0 during the weekend. Aliti, Selmani, Vojvoda, Rashica, and Domgjoni were on the scoresheet for Kosovo. Burkina Faso had been reduced to 10 men towards the end of the game.

Breel Emobolo to get a goal anytime

Breel Emobolo has been a huge positive for Switzerland with the forward getting three goals in his last matches for the team. This includes the opener against England in the recent encounter a few days ago. The form of the young forward is a major boost for Switzerland in their efforts to pick up the win.

Switzerland have definitely been among the goals. It has been reflected by three out of the last four matches involving Switzerland to witness more than 2.5 goals. Kosovo might come on the back of a successful game against Burkina Faso, but Switzerland’s defensive record has taken a tumble of late.

The goals conceded against England mean that Switzerland have been able to maintain just one clean sheet in the last three matches. Kosovo are in a confident moment that will be hard to replicate.

Kosovo were able to breathe a huge sigh of relief after the arrival of Alain Giresse, as he has been able to bring out some decent results for the team. After having endured a string of disappointing games, Kosovo picked up one of the biggest wins in the weekend.

Doubts on Switzerland vs Kosovo game 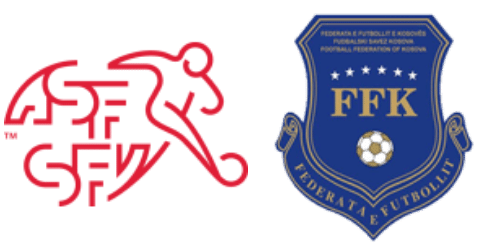 Where is the match going to take place? Stadion Letzigrund

Who is the favourite team to win the game? Switzerland