Standard Liege look to make it to the Europa League play-off places when they host strugglers Beerschot at the Stade Maurice Dufrasne. This will be a midweek match and this preview hopes to provide the best betting tips for the same.

Standard Liege were able to pick up a late win over Antwerp in one of the remarkable Belgian first division games. The game witnessed three red cards – two for Antwerp and one for Standard Liege – and two late goals. Standard Liege came on the right side of all this drama. Meanwhile, Beerschot lost four consecutive matches in all competitions following a 1-0 defeat against AS Eupen during the weekend.

Standard Liege to win the game

Standard Liege have not been convincing over the last few matches, but they are likely to have better quality than the strugglers by a significant margin. Beerschot have been so poor of late that they have ended up losing six of the last eight matches at half-time and full-time. Meanwhile, Standard Liege have a very good head-to-head record against Beerschot with a string of recent clean sheets.

The recent four meetings between Standard Liege and Beerschot has ended up producing a clean sheet for the former in all occasions. The lack of goals within Beerschot is very obvious but the league’s bottom club has also not been very bad in defence. In fact, Beerschot have conceded fewer than Standard Liege in the last six matches.

Beerschot have been struggling for goals with the team managing to not find the back of the net in three out of the last five away matches. The struggles have especially been profound in recent weeks, as Beerschot are without a goal in the last four matches in all competitions.

Standard Liege are sitting just two points away from eighth-placed AS Eupen. There is a strong potential for Standard Liege to make a push into the Europa league play-off places just before heading into the break. Daouda Peeters is the only player unavailable for manager Luka Elsner.

Beerschot have not been completely outplayed by the opposition, but the team being in the bottom of First Division does not provide a great deal of confidence going into the next few games. Beerschot would ideally like to climb out of the bottom by the end of the month. Frédéric Frans is not an action for this game.

Analysing the Stats for Standard Liege vs Beerschot 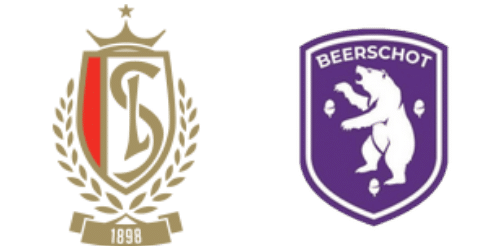 Where is the match going to take place? Stade Maurice Dufrasne