After finishing eighth in the league table season, Nurnberg start the new campaign with expectations of promotion and they go up against St Pauli, who have similar ambitions ahead of the new season.

St Pauli had a disappointing pre-season with the club losing both pre-season friendly matches including the game against Holstein Kiel. Nurnberg have also gone through a mixed time in the preparations with the team suffering key defeats in a number of matches.

Both teams showed poor defensive form in the early part of the pre-season friendlies. There is no reason to see why the same will continue. After witnessing over 2.5 goals in three out of the last four head-to-head encounters, one can opt for the same in this match.

An astonishing five out of the last six meetings between St Pauli and November has produced goals at both ends. The defensive form of the two teams has been poor enough to expect goals in this game.

St Pauli coach Timo Schultz has never suffered a defeat against Nurnberg in his career. He comes into the game after a morale boosting fifth-place finish last season. The squad, however, has seen the departure of some key players like Daniel-Kofi Kyereh and it remains to be seen if the team has enough attacking potential. Daniel-Kofi Kyereh’s departure, though, has brought in more than £4 million.

Nurnberg coach Robert Klaub is into his second season with the club. He has had to deal with the exit of some players like Killian Fischer, who has joined Wolfsburg for £2.25 million. Nurnberg have been able to bring in several attacking players like Kwadwo Duah to strengthen the offence.

Key Stats and Recent Form for St Pauli vs Nurnberg 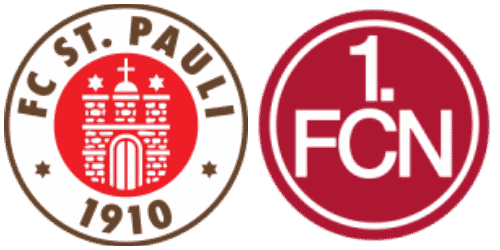 Where is the match going to take place? Millerntor-Stadion

Who is the favourite team to win the game? St Pauli