Sporting Gijon are once again at the El Molinon for a Segunda Division match. Real Zaragoza are the visitors this time around.

Sporting Gijon are reeling from three losses in the last four games after Ponferradina picked up a 3-2 success at the El Molinon last weekend. Despite José Luis Rodríguez’ brace to cancel out two Ponferradina goals, José Naranjo scored late in the match. Real Zaragoza lifted the pressure off manager Juan Ignacio Martínez by picking up a 2-1 win over Las Palmas. Alvaro Gimenez scored the crucial winner in the second half.

Real Zaragoza are likely to play without pressure after picking up a first league victory of the 2020 calendar year only last weekend. Sporting Gijon have been swimming through a string of losses in recent weeks. Even El Molinon has not come to Sporting Gijon’s rescue with the team losing back-to-back games. Real Zaragoza, though, will represent an easier opponent than Eibar or Ponferradina.

The potential for experiencing goals from both sets of players is very high considering that the two teams have not been defensively great of late. This is likely to enhance the possibility of witnessing a high-scoring fixture, which has not been the case in the last four meetings between these two teams.

Sporting Gijon will be hopeful that the appointment of Josep Lluís Martí as the new coach brings about an improvement in form. The club are dangerously close to the bottom four and the new manager has to hit the ground running immediately. Guille Rosas is the only player unavailable due to a hamstring injury.

Real Zaragoza are just seven points away from the relegation zone. Juan Ignacio Martínez has seen his team lose just one of the last five games, but a lack of wins has been a problem. Alejandro Francés is suspended because of accumulating yellow cards, while Alberto Zapater is out with a knee injury along with Carlos Vigaray.

Detailed Analysis of the Stats for Sporting Gijon vs Real Zaragoza 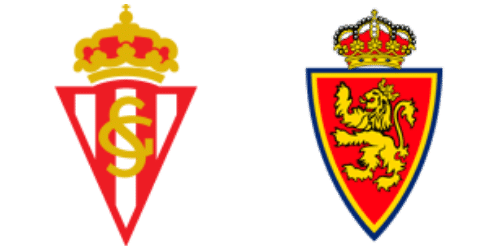