Sporting Gijon will be hopeful of a positive conclusion to the season as they go up against Las Palmas, who are chasing a play-off finish, at the Estadio Municipal El Molinón.

Sporting Gijon are unbeaten in three games after being held to a goalless by Fuenlabrada last weekend. Las Palmas jumped into the top six at the expense of Real Oviedo after a 2-1 win over Jose Angel Ziganda’s team. Alberto Moleiro and Jonathan Viera came up with the goals in this comeback victory for Las Palmas.

Las Palmas clearly have the momentum coming into this game after four consecutive victories that have propelled them into the top six places at the crucial moment in the campaign. The likelihood of finishing in the play-offs is now in the hands of Las Palmas. Sporting Gijon are unbeaten in three games but they have lacked the zest to pick up three points from this game.

The form of Jonathan Viera has been a huge bonus for Las Palmas in the last few weeks. The goals from the forward have been huge factor in four consecutive victories, as the team continues to remain mediocre at the back. Sporting Gijon, though, have been able to get over 1.3 goals in just one of the last five league matches.

Sporting Gijon have not scored in 50% of the last four league encounters. Las Palmas have been on 11 game scoring streak that is unlikely to be let down final regular-season match.

Sporting Gijon have been able to create a sizeable impact in the top half of the table over the last few weeks ever since managing to confirm the safety in the Segunda Division. The club has disrupted the expectations of games like Huesca and Girona in recent games. Jean-Sylvain Babin and Uros Djurdjevic are out because of injury problems.

Las Palmas gained a stunning entry into the top six places after putting together four consecutive wins. Yet, the latest win over Real Oviedo might be the most important of the lot. Las Palmas now have destiny in their hands as they could finish in the play-offs without having to depend on other results. Enzo Loiodice and Hernani are missing because of injuries. 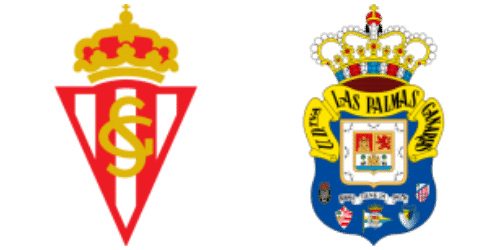