Sporting CP go up against Famalicao this weekend hoping to avoid falling further behind Porto in the title race.

Sporting CP managed an expected and comfortable 4-1 victory over strugglers Belenenses. The match witnessed goals from three different Sporting CP players, as Paulinho, Pablo Sarabia, and Pedro Porro were on the scoresheet. Famalicao had to settle for a point against relegation threatened Arouca in the recent league encounter. The match finished as a goalless draw.

Pablo Sarabia has been enjoying his best run of form since coming to Sporting CP in the summer. The offensive midfielder has moved up to 5 goals for the campaign after scoring in three consecutive games. Sarabia is also the key penalty taker for Sporting CP and this increases his chances of adding to his tally this season.

Sporting CP have been enjoying a fine scoring form with almost 2 goals per game on average this season. At the back, they have been very miserly with just 13 goals conceded. This Famalicao outfit have conceded almost the same number of goals as the goals scored by Sporting CP this season. In an away match, it is especially difficult to back Famalicao for a good defensive performance.

Famalicao have been running low on goals. Even though the team did score against Porto recently, this was one of the two goals scored by the team in the last four league outings. Sporting CP have not managed a clean sheet in four consecutive matches, but they have generally done well against Famalicao on this front.

Sporting CP remain six points behind Porto after the latest round of results. Even with almost half of the season left, it would take a remarkable comeback from Sporting CP to recover this deficit. A major advantage for Sporting CP I had of this match would be the complete lack of players on the treatment table or the suspension list.

Famalicao have been picking up points on a steady basis over the last few weeks, but a return of just one victory in the last five games has kept the team in the relegation battle. The recent failure to defeat Arouca even at home is a major blow for Famalicao, who will be without Diogo Figueiras, Heriberto Tavares, and Pedro Marques.

Analysing the Segunda Division Stats for Sporting CP vs Famalicao 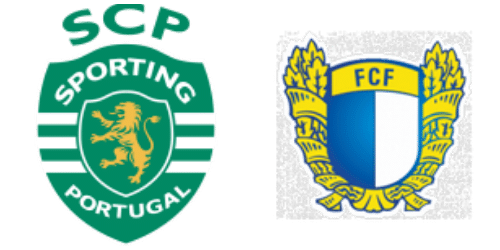