After a major setback in the Champions League, Sporting Lisbon take on Boavista looking to continue their impressive form in the Portuguese Primeira Liga. This is a preview of the game that is scheduled at the Estádio José Alvalade.

Sporting CP boosted their title hopes immensely with a surprise 3-1 away victory over rivals Benfica. However, the midweek Champions League encounter against Ajax finished in yet another disappointment for Sporting CP, who lost 4-2, but still the Portuguese team went through into the knockout stages. Boavista arrested a sequence of three consecutive losses with a 1-1 draw against Maritimo.

Sporting CP have been very good going forward but the same cannot be said about their defence. The team has picked up a victory at half-time and full-time in the last six games against Boavista at home. The visitors head into this game with no wins in the last 10 matches. Sporting CP have also been successful at half-time and full-time in five out of the last six league matches.

The success ratio for Sporting CP has been very high with 11 wins from the 13 matches. There have been more than 2.5 goals in just almost 60% of the Boavista matches this season. Even though Boavista has struggled for wins, they have been scoring a lot of goals.

Sporting CP might have picked up four wins in the last five games, but their defence has taken a beating quite consistently. The team is without a clean sheet in four out of the last five games. Boavista have scored four consecutive league matches.

Sporting CP remain level on points with Porto at the top of the table. The defending champions are down only on goal difference. Following a successful Champions League group stage, the focus will shift entirely on the domestic games. Sporting CP would be without João Palhinha, Jovane, Sebastian Coates, and Rúben Vinagre due to injuries.

There are some injury problems for Boavista to consider ahead of this game. Javi Garcia, Fran Pereira, and Tiago Ilori are the names unavailable for Boavista. The club are hardly two points away from the relegation zone following the 10 game winless sequence.

Analysing the Stats for Sporting CP vs Boavista 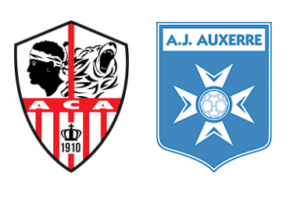