Neither of these sides are in particularly great form right now. Will either find a way to win this game? Find out with our Sporting Charleroi vs Mechelen preview here along with the predictions and free tips we mention along the way.

This over 2.5 total goals prediction is one where we’ve looked for value in the betting odds rather than focussing purely on stats. Mechelen have seen just two of their last five matches go over 2.5 goals whilst it’s also just two do five head to head meetings that have seen at least three goals. The swinger of ‘value’ for us though comes in the form of Sporting Charleroi; they’ve gone over 2.5 goals in four of their last five games and have averaged a total of 3.4 goals per game in that period.

The best odds for Sporting Charleroi vs Mechelen

Sporting Charleroi haven’t made a great start to this Conference League qualification round; in fact, it’s been pretty woeful. That said, they’ll be confident of getting a win here. In the regular season, Sporting Charleroi finished above Mechelen. As for the players to watch, keep an eye on Adem Zorgane. His influence in the middle of the park could be the difference.

This match could be a big one for Mechelen. If they lose, it will keep Sporting Charleroi alive – just. If they win, however, it could put them right back in contention. They are no mugs either. Their chances of victory lay with their attacking players with Nikola Storm and Kerim Mrabti carrying the biggest burden.

The final word on Sporting Charleroi vs Mechelen 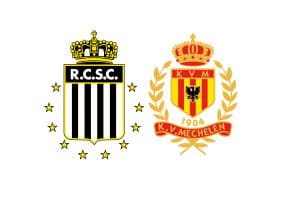