Sporting Charleroi and Kortrijk go up against each other in one of the important to First Division A games in the midweek. The two teams are separated by just three points with Kortrijk having played a game less.

Sporting Charleroi continued their mediocre form with a goalless draw against Gent and the result leaves Sporting Charleroi with no wins in the last three matches. Kortrijk were only able to get a 1-1 draw with AS Eupen at home.

Sporting Charleroi are without a goal or a victory in the last three matches. The form of the club has dropped quite low and that they would be very cautious against losing to Kortrijk. The visitors an unbeaten in six consecutive away matches, but there have been just two wins in this run. Sporting Charleroi will be extremely happy with a point from this match as it would keep them in the hunt for Europe next season.

Even though Kortrijk have played out several low scoring and tight matches on the road, they would be able to pick up more wins if not for a lack of clean sheets. On the occasions when Kortrijk have kept clean sheets on the road, they have ended up winning the game. Even though Sporting Charleroi have not scored in three consecutive games, the home game might be a good option to end this run.

Sporting Charleroi are not far away from even dropping out of the top eight places if they continue with the very inconsistent form of picking up wins. Over the last few weeks, the team has dropped multiple points already. Ken Nkuba and Steeven Willems are missing for manager Edward Still.

Kortrijk might have been able to go five games without a defeat and they have suffered just one loss in the recent 10 matches, but the lack of wins continue to be a major hindrance for the team. Kevin Vandendriessche is the only player unavailable for Kortrijk.

Analysing the Stats for Sporting Charleroi vs Kortrijk 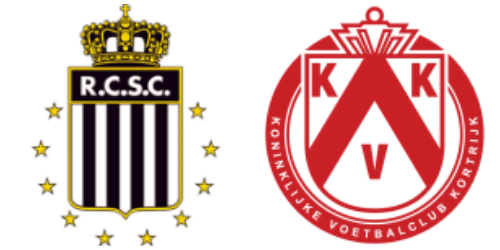