Sporting Braga look to continue their sensational start to the season when they go up against Vitoria Guimaraes at the Estadio Municipal de Braga.

Sporting Braga continue to hit new heights with the team registering a 6-0 victory over Arouca in the last match. Meanwhile, Vitoria Guimaraes have suffered back-to-back league defeats for the first time this season, as they were shocked at home by Casa Pia following a 1-0 result.

Sporting Braga continue to hit new heights with the team picking up a big win after a big win. If the 5-0 success over Maritimo was not big enough, it was followed up with a 6-0 victory last weekend. The team is in sensational form and Vitoria Guimaraes are unlikely to stand in their way for much longer. Braga should be able to pick up a victory in both halves quite comfortably on their current run of form.

The strength of Braga has not only been in the offensive areas of the pitch, as they have also been very stringent and mean at the back with three consecutive clean sheets since opening the campaign with three goals conceded at the hands of Sporting CP. 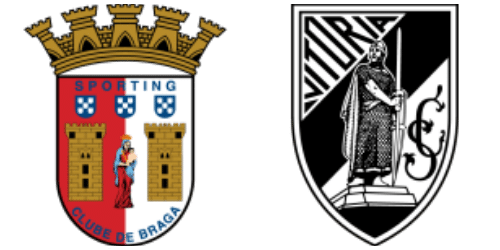