Napoli will be looking to get revenge for the home defeat suffered at the hands of Spartak Moscow back in September. This preview focuses on the Italian club’s efforts to finish top of group C.

Spartak Moscow’s form continued to remain poor as the team fell to a 2-1 away defeat against Krasnodar domestic league match. This was the seventh consecutive game without a victory for Spartak Moscow. Napoli fell to a first loss in nine matches after losing 3-2 to Inter Milan at the San Siro. Napoli have not managed a victory since beating Legia Warsaw in the first week of November.

Napoli will be motivated to finish top of the group and also to claim revenge for the home defeat suffered at the hands of Spartak Moscow back in September. The home team have been struggling to get results since that famous victory and their defence has been close to awful during this period. Even though Napoli are by no means in excellent form, they should have enough motivation and quality to pick up three points.

Since the win over Napoli back in September, Spartak Moscow have been involved in eight matches that have produced over 2.5 goals on 50% of locations. Napoli have witnessed over 2.5 goals in three out of the last five matches in all competitions. The hosts are defensively poor while the visitors have enough attacking potential.

Even though Napoli do look great going forward, they have also been very poor at the back with no sheet in the last three matches. There have been too many defensive errors from the Italian outfit and Spartak Moscow are looking to score in the 11th consecutive game.

Spartak Moscow began the group stages with the defeat against Legia Warsaw. However, an away victory over Napoli significantly boosted the club’s hopes of reaching the knockouts. Those hopes have gone away following a string of poor results. Georgi Milkadze, Ezequiel Ponce, Roman Zobnin, and Pavel Maslow are out injured.

Napoli continue to miss the presence of Nigerian forward Victor Oshimen, who will be unavailable for the game. The focus will be on the defence that has conceded a string of goals in recent games. Napoli have struggled to assert authority so far this season. Diego Demme and Adam Ounas will be the other injury worries for the team.

Analysing the Stats for Spartak Moscow vs Napoli 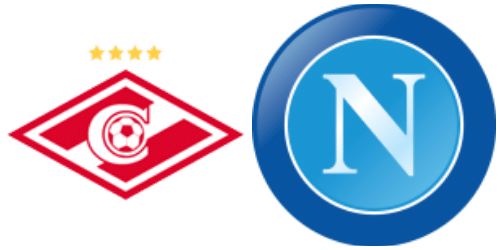