Sochaux will be going up against Guingamp on Saturday, and we will check out the fixture and statistics to find the best odds and predictions for the game. For more Ligue 2 odds, you can check out our website.

Sochaux vs Guingamp: Odds, Free Tips, and Predictions for the Weekend

Below, you can read in detail about our betting experts’ top three predictions for the weekend Ligue 2 game between Sochaux and Guingamp.

There are no injured or suspended players on Sochaux’s team and we don’t think that that will help them claim the three points on Saturday. They’re also probably won’t be that many goals considering past fixtures and the recent form of both teams. Even though we have seen Sochaux beat Guingamp many times in the past especially when they hosted the game, we don’t think this would be one of those cases.

Guingamp also doesn’t have any injuries or suspended players, like their opponents, and same as them, we don’t think the game will end with a win for them. A draw with few goals is the most likely outcome.

Key Statistics and Bookmaker Odds for Sochaux vs Guingamp

In these tables, you can check out the latest head-to-head data and statistics for the upcoming Sochaux vs Guingamp fixture on Saturday.

Common Queries About Sochaux vs Guingamp This Weekend 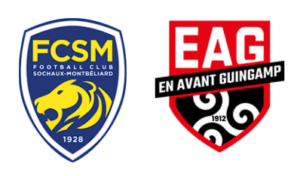