Sochaux has another obstacle in the fight for promotion ahead but one that shouldn’t be that difficult should the team pay enough attention! Let’s see what our betting experts came up with below.

Our top betting predictions for Sochaux vs Caen

Make sure you get the most out of your bet by double-checking the odds before actually making your bet as they are subject to change. Our recommended bookmaker for the game is Ladbrokes.

Sochaux has been one of the best teams in Ligue 2 this season and is rightfully in the 5th position with only 2 points separating the team from the 1st position while Caen is 15th. In the last 10 games between the two clubs, we saw 6 victories for Sochaux, 2 draws, and 2 victories for Caen. Both clubs will face some injury issues but we believe that the absence of the key threats in attack for Caen will cost far more than the injured Florentin Pogba for Sochaux.

When both your starting left and right-wingers are injured, your chances for goal aren’t going to be great and coach Stephane Moulin knows that. In the last 10 games between these two opponents, we had only 3 games that resulted in 2 or fewer goals being scored but the absence of Kelian Nsona and Mehdi Chahiri is a great opportunity for Sochaux to score a clean sheet.

Sochaux to continue the fight for 1st place

The key injuries for Caen combined with the poor historical performances against Sochaux will most likely cost the game this Saturday for the away team. Sochaux has been too good for us to ignore and we believe the fight for promotion will include Sochaux. Our football experts predict a 2:0 victory for the home side.

Top odds and stats for the Sochaux vs Caen game

Here are the major head-to-head stats and odds for Sochaux vs Caen:

FAQ on the Sochaux vs Caen game: 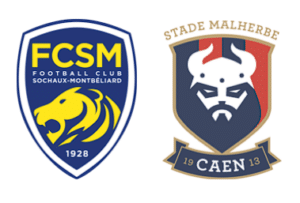