This will be a preview of the first meeting between Shrewsbury Town and Rotherham since 2019. Rotherham come into the game with a great chance of getting promoted to the Championship.

Shrewsbury Town picked up a first victory since the early days of January after beating Butler been 2-0 away from home. Bloxham and Pennington were the scorers for Shrewsbury in this victory. Michael Smith continued his excellent form with the only goal of the game in the 1-0 win over Plymouth.

Rotherham have been quite consistent over the last few games and four wins in the last five games certainly needs a lot of strength from the team. The only time when Rotherham dropped points in recent weeks was against their promotion rival Wigan Athletic. Even though Shrewsbury have ended a long wait for a victory, they have not been playing sufficiently well enough to think about beating the table leaders even on the home patch.

The success for Rotherham so far this season has been built on a strong defence. Of course, Rotherham have scored more than 60 goals but they are not the top scorers in the league. Meanwhile, Shrewsbury are the lowest scorers in the division. Rotherham have been able to get a string of consistent results owing to the defensive form and this should explain under 2.5 goals expectation in this match.

The clean sheet against Plymouth took Rotherham’s clean sheet tally to 4 in the last five matches. It will be extremely hard to breach this defence when Shrewsbury have not exactly been outstanding going forward.

Shrewsbury will be boosted immensely by the recent win over Burton Albion. Coach Steve Cotterill also has the advantage of not having to make any changes for this upcoming game, as there are no injuries or suspensions affecting the club. There is a significant likelihood of the same starting line-up that picked up a win over Burton starting in this game.

Rotherham come on the back of a hard victory over Plymouth. Coach Paul Warne is likely to not make so many changes to the squad even if the likes of William Grigg and Angus MacDonald are unavailable because of injuries. Richard Wood is likely to start the game, while Rarmani Edmonds-Green and Mickel Miller are doubtful.

Detailed Analysis of the Stats for Shrewsbury vs Rotherham

FAQs on Shrewsbury vs Rotherham game 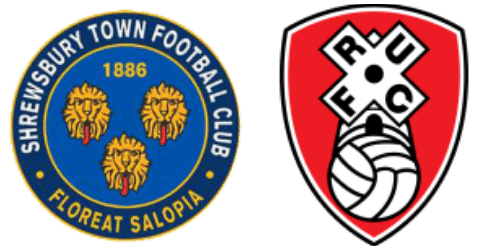