Sheffield Wednesday get ready to host Wycombe Wanderers at the Hillsborough Stadium looking for a first home victory since August. This is a crucial game for Wednesday in the hopes of sustaining their place in the top six.

Sheffield Wednesday pulled back a two-goal deficit to pick up a 2-2 draw with Ipswich Town in the recent match with Smith scoring a late equaliser. In the midweek action against Burton Albion, Wednesday were knocked out of the EFL Trophy following a 3-2 defeat. Wycombe have suffered back-to-back disappointments in away games with the latest being a 3-0 loss against Stevenage.

This match could turn out to be a real entertainer with Wednesday scoring for fun over the last few weeks. So far in the nine league matches, Wednesday have come up with an incredible 17 goals already. They take on a Wycombe outfit who have conceded more than a goal per game. This is likely to be a big driver behind goals.

The clean sheet against Morecambe is the only joy that Wednesday’s defence has had in recent weeks and the team has been taken for a ride several teams – including Burton Albion in the recent EFL Trophy game. Wycombe are likely to profit from the same.

Sheffield Wednesday have had a sharp decline in form over the last few weeks and manager Darren Moore will have to work hard to avoid the current bad sequence of results becoming a major problem in the race for promotion. The 48-year-old, though, has picked up just one victory against Gareth Ainsworth in his career. There are no injury issues for the hosts.

Wycombe head into the game on the back of consecutive away disappointments and this will be the third successive away game for the team in all competitions. Apart from the win over Barnsley away games have not exactly provided a lot of joy for Wycombe, who have no injury problems coming into the game.

Stats, H2H, and Numbers for Sheffield Wednesday vs Cambridge 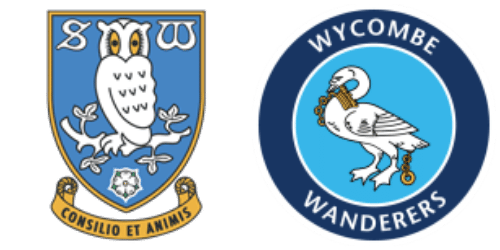