Estádio de Sao Miguel will be the location for the game between Santa Clara and Estoril this weekend. The Primeira Liga action of the weekend witnesses Santa Clara’s push for a top-10 place.

Santa Clara suffered a first defeat since the middle of February after losing 3-0 at the hands of Porto. The visitors did not offer much in this match. Estoril lost back-to-back games with the latest being a 2-1 home defeat at the hands of Vizela. A brace from Kiko Bondoso did the job on Estoril, who could only get a consolation through Leonardo Acevedo.

Santa Clara have not registered a win over Estoril since 2011. However, the visitors come into this game in a very poor state after three defeats in the last five games. Any sign of a respite from this poor form has come only in home matches. It will be difficult for Estoril, who are without a win in six consecutive away matches, to get anything out of this game.

Even though Santa Clara have been able to witness a string of high-scoring matches in recent weeks, the troubles faced by Estoril in terms of scoring goals is likely to be felt in this game. Even though the most recent meeting between the two clubs might have finished as a 2-2 draw, this game could be a lot different.

Estoril have a major problem in terms of finding the back of the net in away matches. They have not scored in three out of the last four matches on the road. Santa Clara can be a difficult opponent at home and they have picked up some brilliant results at home.

Mario Silva suffered one of his biggest defeats since taking over Santa Clara in the middle of January. However, the club’s form is still good enough to think about a finish in the top 10. Costinha, Mikel Villanueva, and Hidemasa Morita are the players missing from action for Santa Clara.

Estoril manager Bruno Pinheiro is coming under heaps of pressure, as the latest defeat against Vizela has effectively ruled Estoril out of play-off contention. Rui Fonte is out with a nose surgery while Lucas Africo will be missing due to a knee problem.

Detailed Analysis of the Stats for Santa Clara vs Estoril 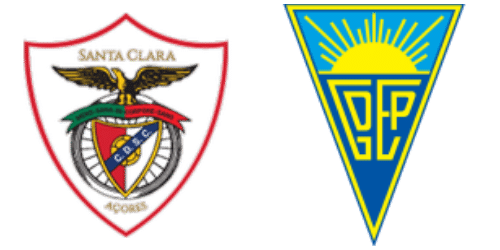