Santa Clara take on Boavista at the Estádio de São Miguel. The two very closely competing teams are in the Primeira Liga.

Santa Clara lost for the first time in 2022 after a 2-1 defeat at the hands of defending champions Sporting CP. Despite taking the lead through Lincoln, Santa Clara suffered a setback in the second half when Rui Costa was sent off. Boavista lost for the first time in five matches after being knocked out of the Taca de Portugal by Benfica on penalties.

Boavista have been involved in a string of draws. The exit from the Taca de Portugal will help Boavista focus on the Primeira Liga, while the team are just a few points away from the relegation zone. Two of the last three matches between Boavista and Santa Clara has produced a draw. Both teams cannot afford to lose this match and they are likely to be happy with the point.

Santa Clara have been quite decent going forward in recent weeks with 10 goals scored in the last six games. Boavista are not just a solid team going forward, but they have also been very mean when it comes to allowing opposition score goals. Even in the recent game against Benfica, Boavista were able to take the game to the very last moment due to a strong defence.

Santa Clara have had a very poor record against Boavista with no victories in the last six meetings. However, this game presents Santa Clara with the best opportunity to overcome this poor run. Costinha is the only player out injured for this game.

After the recent exit from the Taca de Portugal, Boavista can return to focusing on the Primeira Liga. Boavista do have the disadvantage of many players being unavailable due to injuries and suspensions. Pedro Malheiro, Miguel Reisinho, and Tiago Ilori are out due to injury. Alireza Beyranvand, Reggie Cannon, and Jackson Porozo are out due to international action.

Analysing the Stats for Santa Clara vs Boavista 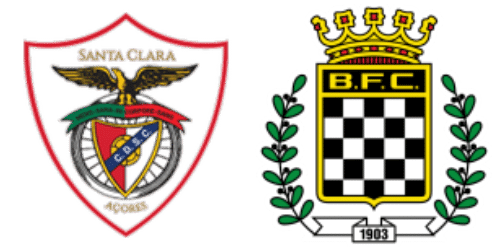