Santa Clara look to get revenge on Belenenses for the defeat earlier in the campaign and this Primeira Liga meeting between the two clubs is all set to kick off at the Estádio de São Miguel.

Santa Clara have picked up just one victory in the last five matches, but they are strong favourites to get three points in the game against the bottom club. Belenenses might stand an opportunity to do the double over Santa Clara, but it is unlikely that Franclim Carvalho will spring a surprise in the away match. After having gone without a victory in an away match throughout the campaign, it is unlikely to be improved by Belenenses.

Belenenses have only come up with five goals in the 13 away matches this season. They continue to be the worst performing outfit when it comes to away matches. Santa Clara have struggled for goals of late with the team only averaging a goal per game in recent matches. This is unlikely to change even against a struggling outfit like Belenenses, who have not done well in away matches.

After going through a slight improvement in form, Belenenses are back to the old ways and they have only managed three goals in the last six matches. Santa Clara might have conceded two goals at the hands of Belenenses in the last match, but they should keep a clean sheet in this fixture.

Santa Clara coach Mario Silva is keen on building a winning philosophy at the club. After managing just one victory since his appointment, the 44-year-old is coming under pressure to deliver more wins. Costinha and Joao Afonso are the players unavailable due to injury.

Franclim Carvalho has also picked up just one victory since his appointment in early June. Belenenses, though, have been picking up many points in recent weeks but they are still stuck to the bottom of the table. Cafu is the player ruled out completely of this fixture while Nilton Varela is a major doubt for this match.

Detailed Analysis of the Stats for Santa Clara vs Belenenses 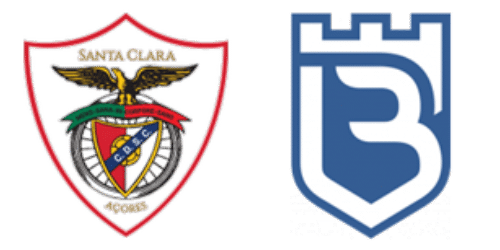 Where is the match going to take place? Estadio de Sao Miguel