The Portuguese league action this weekend witnesses Santa Clara taking on Arouca at the Estádio de São Miguel this weekend. This will be the first league meeting between the two clubs since 2018.

Santa Clara were able to stop a run of three consecutive losses with the 2-2 draw with Estoril, but the team dropped two points after conceding a late penalty. Arouca boosted their chances of finishing in the top half following a 2-1 victory over Boavista thanks to a late winner from Antony.

Arouca might have registered to wins in the last three league matches, but both these victories have come at home. On the road, Arouca’s reads a completely different story with no wins in six matches. Arouca have been able to draw three out of the last four games on the road. Meanwhile, Santa Clara have lost three out of the recent four games despite being at home. Santa Clara would be happy with a point from the game.

This match features two opponents who have only managed a combined tally of 12 goals from the last six league matches. Santa Clara might have conceded a lot of goals, but Arouca may not be able to profit from the defensive problems of the opponent due to their own struggles.

Santa Clara might be playing at home, but they have also failed to score in three out of the last four matches at the Estádio de São Miguel. Arouca’s form also does not give great hope of witnessing plenty of away goals.

Santa Clara have been left with no respite from their relegation troubles with the team managing only one win so far this season. Manager Armando Evangelista does have the advantage of just two players being unavailable for the game. Fernando Castro and José Manuel Velázquez are the names unavailable due to injury.

Arouca would be able to make a push for the play-off places if not for the disappointing away form. The club has accumulated a majority of their points at home. Meanwhile, manager Nuno Campos will be without Costinha, Marco Pereira, Pierre Sagna, and Hidemasa Morita due to injury, while Allano is doubtful for the game.

Analysing the Stats for Santa Clara vs Arouca 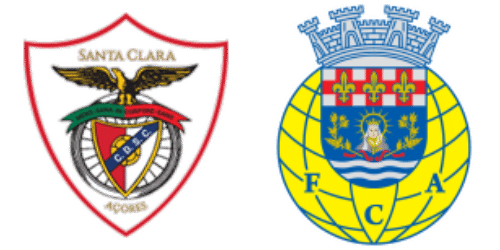