Sandhausen are hoping to put up a much better account in the 2. Bundesliga campaign and they go up against Arminia Bielefeld, who have just been relegated from the top division. BWT-Stadion am Hardtwald will be the location for this league match.

Arminia Bielefeld might have suffered the loss of some key players coming into the new campaign, but they still possess a lot more quality than the opposition. Manager Uli Forte has just taken over from Marco Kostmann after a disappointing campaign which saw the team get relegated from the top tier after two seasons.

Bielefeld conceded more than 100 goals in the two Bundesliga seasons and the defence is unlikely to recover straight away. Sandhausen have been able to score plenty of goals even in the pre-season games and the poor defensive form of the opposition should help in witnessing more than 2.5 goals.

Armenia Bielefeld are very poor when it comes to defence, but they have also enough capability to find the back of the net. Sandhausen and Bielefeld might have played out a goalless draw in the last meeting, but the match is likely to be filled with goals.

Sandhausen have had a string of mediocre performances in the second division of German football. However, manager has been able to keep many of the squad while the team has been actively building for the future with several players like David Kinsombi. Alois Schwartz will come into the game without Cebio Soukou and Aleksandr Zhirov because of injury problems.

It has been a tough summer for manager Uli Forte. Compared to last season, he will be without some key players including Patrick Wimmer, who has joined Wolfsburg in a £4.5 million deal. Bielefeld have clearly gone for experience in the market with the signing of players like Marc Rzatkowski and Oliver Hüsing.

Key Stats and Recent Form for Sandhausen vs Bielefeld

FAQs on Sandhausen vs Bielefeld game 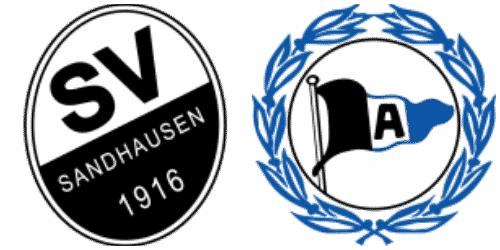 Where is the match going to take place? BWT-Stadion am Hardtwald

Who is the favourite team to win the game? Sandhausen