Ross County and Livingston face off each other looking to decide a winner in the battle to avoid finishing in the bottom half of the table.

Ross County moved closer to the top six after a 2-1 comeback win over Dundee. After watching the opponent take the lead within 24 minutes, Ross County came back with goals on either side of the break. Livingston made the most of home advantage and Aberdeen’s poor form to pick up a 2-1 home victory. The goals from Obileye and Alan Forrest were able to help register a comfortable win.

Ross County to win the match

Ross County were able to end the long winless run with a comeback victory over Dundee. This will undoubtedly give the team with plenty of confidence going into the game against Livingston, who tend to dominate in away matches only when the opposition happens to be quite poor. Ross County have been playing relatively well especially in home matches with draws against Rangers and Aberdeen.

The flaw for Ross County over the last few weeks has been at the back with the team conceding far too many goals. The three goals conceded against Rangers would be the only big excuse for Ross County in this run. The team has witnessed over 2.5 goals in three out of the last four league outings.

Both attempts to score – yes

Livingston might not have picked up back-to-back away wins since a couple, but there are enough goals within the visitors. Ross County have not kept a clean sheet in any competition since the goalless draw with St Mirren at the start of January.

Ross County vs Livingston: Another Entertainer at the Global Energy Stadium?

Ross County have been able to steady the ship over the last few weeks, but the club need a steady string of victories to get them out of the bottom six. One advantage for Ross County ahead of this fixture will be that boss Malky Mackay does not have any injuries in the squad.

The odd victories have kept Livingston in the hunt for a top six position. The club have been able to keep the points table moving along. Manager David Martindale only has Daniel Barden out due to injury while Christian Montano is suspended for the game.

Analysing the Stats for Ross County vs Livingston 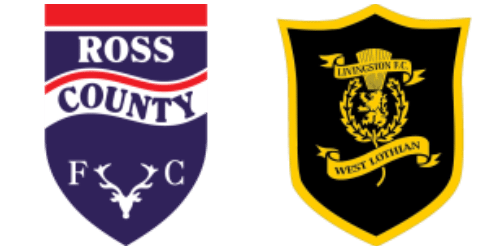 Where is the match going to take place? Global Energy Stadium

Who is the favourite team to win the game? Ross County