Rodez are finally trying to look up the league table and they take on Metz at the Stade Paul Lignon this weekend. This will be the game between the two clubs since 2005.

Rodez were able to overcome significant challenges to pick up the first victory of the season, as they beat Bastia 2-0 from home.  Metz suffered the first home defeat since April after losing 2-1 at the hands of Dijon.

Metz do not appear to have improved away from home even from last season with the team’s last away success coming back in January. Rodez will be on a high after having recently picked up the first victory of the campaign. This should propel them to further success. Rodez, however, lacked the conviction to be able to nail down a victory even when they are playing at home.

Rodez have witnessed under 2.5 goals in three out of the five league matches this season. They go up against a Metz outfit who have largely witnessed high-scoring fixtures. The potential for goals in the game depends heavily on Metz, who can produce underwhelming performances in away matches.

The lack of goals from Rodez has been a key factor so far in the club’s inability to pick up a lot of victories, but they have now scored in back-to-back games at over 1.5 goals. Metz have not scored just once this season and they are quite decent in the offensive areas.

Rodez coach Laurent Peyrelade will be able to breathe a sigh of relief after having picked up the first victory of the season. So far, this has been quite elusive but the victory over Bastia, who have made a decent start of the season, is a significant boost. Rodez are only missing out on Amiran Sanaia, who is out with cancer, due to injuries.

Metz have had a very inconsistent start to the season and even the appointment of experienced Laszlo Boloni has not solved the problems at the club. Metz would have been hoping to be fighting at the top of the table in the early weeks, but they have only averaged around a point per match. Crucially, the 69-year-old coach does not have to deal with any injury problems in the squad.

Ligue 2 Stats, H2H, and Numbers for Rodez vs Metz

FAQs on Rodez vs Metz game 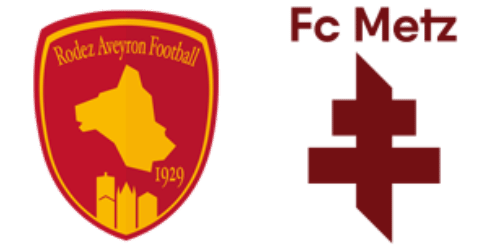 Where is the match going to take place? Stade Francis Le Basser

Who is the favourite team to win the game? Rodez