RFC Seraing ended up losing 2-0 at the hands of Zulte Waregem. After providing resistance for much of the game, RFC Seraing conceded late on to end up losing the match. Kortrijk also suffered a similar defeat in their home game against OH Leuven.

RFC Seraing have had a disastrous record against Kortrijk with three consecutive defeats. In fact, Kortrijk have had a 100% success record against the strugglers from last season. The manner of the opening day performance from both teams suggests that this game will be decided on narrow margins. The lack of cutting-edge within both teams is likely to be felt in this fixture.

This is a fixture between two teams who were quite disappointing in front of goal last season. Kortrijk barely managed to get more than one goal per game on average, while RFC Seraing fared even worse after only coming up with 30 goals in the 34 league matches.

RFC Seraing have not scored in back-to-back games against Kortrijk, who have not appeared to be in great scoring form either. A return to home comforts might actually help RFC Seraing find their feet going forward, while Kortrijk are expected to play with less pressure away from home.

RFC Seraing failed to make a decent start to the season and it appears that the club might go through another season of trouble. The appointment of José Jeunechamps should have revived the motivation levels of many players, but that was not the case in the first game of the campaign. The 55-year-old will come into the upcoming match without Gérald Kilota because of a bruised knee.

Kortrijk had a disappointing conclusion to the 2021-22 season and the team does not seem to have recovered from the form that they showed back then. Manager Karim Belhocine picked up a victory against Seraing in his only game against the club. The visitors, though, are carrying a couple of injury problems with Kevin Vandendriessche, Jonah Osabutey, and Abdelkahar Kadri unavailable for selection.

Recent form, Odds, and H2H for RFC Seraing vs Kortrijk 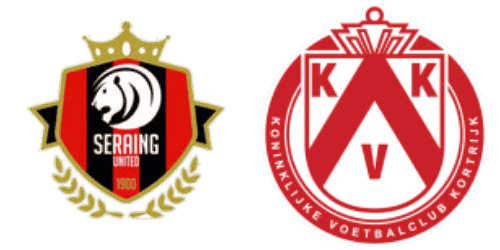 Where is the match going to take place? Stade du Pairay

Who is the favourite team to win the game? RFC Seraing