Real Zaragoza host promotion-chasing Las Palmas at the Estadio de la Romareda this weekend. This will be the early kick-off on Saturday.

Real Zaragoza lost for the first time in five matches after a 2-1 defeat at the hands of Leganes. Ivan Azon scored late in the game only as a consolation to Leganes’ second-half goals from Cisse and Jose Arnaiz. Las Palmas were at the end of a 2-0 defeat against Burgos in a home match. Las Palmas struck the post and had multiple chances at goal in this game.

Real Zaragoza are back with the threat of relegation after the recent loss at the hands of Leganes. Las Palmas might have suffered a defeat in the recent game, but there were plenty of chances for Francisco García Pimienta’s men in this game. Real Zaragoza might have picked up three wins in the last four games against Las Palmas, but it might be the time for the visitors to get revenge. Even a point would be a boost for Las Palmas, who have only managed three away wins this season.

This match follows two teams who have not been great when it comes to taking their chances in recent weeks. It is not a surprise was these have averaged only around a goal per game and, over the last six matches, they have conceded more than they have scored.

Las Palmas and Real Zaragoza are not taking their chances, but both defences are prone to concentration lapses that should provide opportunities for at least a goal or two from both teams.

Real Zaragoza are coming on the back of continued success against Las Palmas. In order to make this last, the home team might have to go to great lengths considering the poor form. Coach Juan Ignacio Martínez will be without Carlos Vigaray and Alberto Zapater for this game.

Las Palmas manager Francisco Garcia Pimienta is coming under pressure owing to a lengthy winless run that has put the club on the verge of the top six places. At this moment, Las Palmas are starting to look like outside favourites for promotion. Pejiño is the only injury worry for Las Palmas. 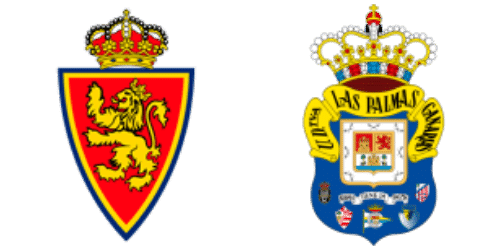