Real Zaragoza are winless in three matches after holding Tenerife to a 1-1 draw away from home. Valentin Vada gave an early lead for Real Zaragoza that was quickly cancelled out by Shashoua in a match that witnessed low opportunities for both teams. Girona made the most of the strugglers Malaga with a 1-0 win. This was possible due to a late goal from Nahuel Bustos.

Girona have picked up five consecutive victories that have put them in the frame for third place finish. Even though Michel’s team are away from home, they are likely to get the better of Real Zaragoza given the recent form. Real Zaragoza have not been well of late with a big struggle to even get past teams like Amorebieta.

There have been over 2.5 goals in three out of the last five games for Girona. They have been unable to get a lot of goals only against Almeria and against a very defensive-minded Malaga. Real Zaragoza have little option but to attack in front of their fans. This will allow Girona to have more space in the opposition’s final third.

Can Girona pick up a sixth consecutive win?

Real Zaragoza last suffered a home defeat at the hands of La Liga outfit Sevilla at the start of January. They have avoided a home defeat throughout 2022 Segunda division matches. However, manager Juan Ignacio Martínez brings his team without the likes of Juanjo Narváez, Carlos Vigaray, Jaume Grau, and Francho Serrano due to various problems.

Girona have done exceptionally well over the last few games to move into the frame for a top three finish. The club are just five points away from Almeria in the third position. Manager Michel does not have too many problems in the squad apart from the absence of Ibrahima Kebe and Darío Sarmiento due to injury, while Borja Garcia is suspended for the game. 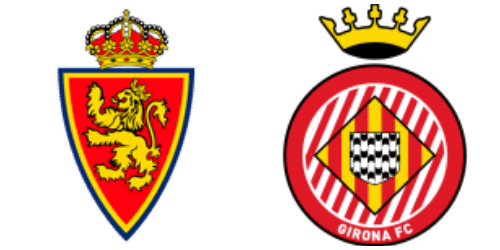 Where is the match going to take place? Estádio de la Romareda