Real Valladolid are back at the Estadio Municipal José Zorrilla for a league match with Real Sociedad B on Monday night. Both teams have a lot to lose or gain in this fixture.

Real Valladolid were able to bring back hopes of a top two finish after the 1-0 success over Mirandes. Álvaro Aguado scored after just three minutes into the match while there was a nervous end to the game following Monchu’s red card. Real Sociedad B were finally able to give themselves hope of survival with a 2-1 win over Amorebieta. Álex Sola and Roberto López were the players who were on the scoresheet for Alonso’s men.

Real Valladolid were able to manage a crucial victory over Mirandes. This was the third win in the last five matches for the third placed outfit. Meanwhile, Real Sociedad B have had their survival hopes rekindled with the victory over Amorebieta. Even though Real Sociedad B have been coming up with some better performances over the last few weeks, they are still likely to struggle and end up losing this match.

Even though Real Sociedad B have been able to get more than 1.5 goals in three out of the last five matches, they have still been able to pick up just one victory as the defence has simply not been able to cope up. Real Valladolid have the potential to open up such defences.

Real Sociedad B have not scored in one of the last five matches and they are up against a Real Valladolid team who have managed just one clean sheet in five games.

Real Valladolid are just a point away from getting into the automatic promotion spots. Almeria, in the second spot, will have to be extremely wary about the threat from Real Valladolid, who appeared to be in a great position to qualify automatically.

Alonso has finally been able to get some decent performances out of his team, but they are still far from consistent to get out of the bottom four. This may finally arrive in the forthcoming weeks, but Real Sociedad B might have left it a little too late.

FAQs on Real Valladolid vs Real Sociedad B game 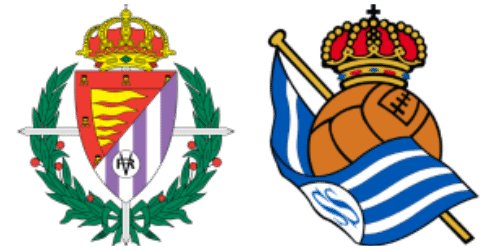