Real Valladolid take on Burgos at the Estadio Municipal José Zorrilla in a bid to sustain their push for the title.

Real Valladolid are just four points away from the top following a 1-0 win over Leganes during the weekend. However, the midweek Copa del Rey action witnessed Real Valladolid being knocked out by Real Betis with a 3-0 defeat. Burgos have not been in action since the 2-2 draw with Amorebieta.

Real Valladolid remain in a very positive phase despite the midweek loss against Real Betis. Even though Burgos have not played in the midweek action, Real Valladolid should have enough energy left in their tanks to get revenge for the 3-0 defeat suffered in the reverse fixture back in September. The home advantage will play a massive role in this match.

Real Valladolid have been able to make a push for the top spots due to a healthy return of goals over the last few weeks. The team has scored over 1.5 goals in four out of the last five home matches, while Burgos have been able to get at least a goal in three out of the recent four away matches. After having scored three past Real Valladolid back in September, Burgos know a thing or two about facing this opponent.

Real Valladolid are in a fantastic position to make a tilt for the top spots. After the close win over Leganes, the club are just two points behind Eibar in the second spot. It has been a brilliant sequence of results for Real Valladolid, who have Luis Pérez, Saidy Janko, and Hugo Vallejo unavailable because of injuries. Saidy Janko is missing due to suspension.

Burgos’ major challenge remains bringing up their away form up to speed. The string of losses in away games have led down the team with regards to their ambitions. After the home draw with Amorebieta, Burgos have dropped down to 11th place in the table. Julián Calero does not have any injury worries in his squad.

Analysing the Stats for Real Valladolid vs Burgos 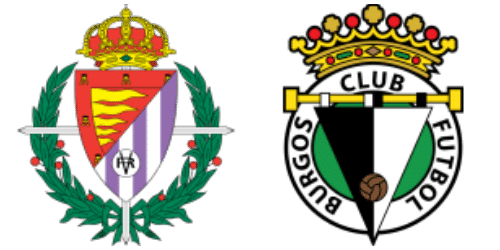