Despite some impressive performances, Real Sociedad B continue to be let down in terms of results and they go up against Tenerife this weekend. Reale Arena will be the location for this meeting.

Real Sociedad B lost in a second consecutive home game after a 4-2 loss against Alcorcon. Despite taking the lead twice in the game through Xeber Alkain, Real Sociedad B were unable to hold on after being reduced to 9 men. Andoni Zubiaurre and Alex Sola received red cards in the first half. Tenerife managed a 1-1 draw with Real Zaragoza. Vada’s early goal was cancelled out by Shashoua just a few minutes later in a game of few chances.

Real Sociedad B are winless in four matches but the performances during this period have actually been good. If not for some unlucky moments – like in the game against Alcorcon – Real Sociedad B would be out of the bottom four by this period. Tenerife are fighting to stay in the promotion spots after losing three out of the recent four games. There has not been much going for Tenerife in recent matches.

Tenerife have come up with over 1.5 goals only once since March. Real Sociedad B are missing some key players coming into the game. It is very difficult to back Tenerife to score a lot of goals in away matches. There have been over 2.5 goals in four out of the last five matches for Xabi Alonso’s men, but it is largely due to the visitors.

There have been goals at both ends in four out of the recent five games for Real Sociedad B, who continue to play the role of the unlucky team when it comes to the defensive performances. Tenerife have not scored in just one of the last five away games.

Real Sociedad B vs Tenerife: Match Preview and Team News

Real Sociedad B are still in a precarious position even after showing a decent amount of improvement in performances. Xabi Alonso will also have to find a way to manage in the absence of key players due to suspension.

Tenerife come into the game with only five points separating them from Real Oviedo, who have been pushing for a promotion spot next season. Tenerife have been struggling for results and they are facing a huge fight to remain in the top six.

Detailed Analysis of the Stats for Real Sociedad B vs Tenerife

FAQs on Real Sociedad B vs Tenerife game 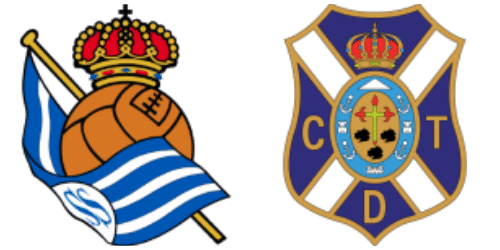