Real Valladolid look to continue their pursuit of promotion when they take on strugglers Real Sociedad B at the Reale Arena this weekend.

Real Sociedad B lost four consecutive games in the second division following a 2-0 defeat by Mirandes. After a resilient first half, Mirandes were able to break the deadlock in the second half Sergio Camello and Brugui. Real Valladolid progress past Las Palmas in the Copa del Rey with a 3-1 win. During the weekend, they had a more important 2-1 home victory over Real Oviedo.

Real Valladolid have managed four wins in the last five matches. Apart from the narrow defeat against Huesca, the team may not have committed too many gilt-edged mistakes in this run. Real Sociedad B are having no way out of their troubles. After four consecutive losses, any confidence picked up from the win over Sporting Gijon a month ago would have completely evaporated.

Real Sociedad B have managed just two goals in the last five league matches. They are unlikely to be a good pick for scoring a lot of goals in this encounter. At Real Valladolid, however, players like Weissman have been in good form with goals in back-to-back games. They are likely to push for a high-scoring match.

Real Valladolid to win to nil

Real Valladolid have not kept a clean sheet in four successive league matches on the road. The team has come up against opposition like Almeria during the run. Real Sociedad B are a team without a goal in the last three league matches.

Real Sociedad B are increasingly likely to be caught up by Alcorcon given the way that the bottom team has been picking up results of late. Real Sociedad B are poor on almost every front and it would take a remarkable push from the team. Manager Xabi Alonso does not have any injury problems.

Real Valladolid come into the game with a serious problem with regard to injuries. Manager José Pacheta is having to work with a limited squad due to the availability of Saidy Janko, Hugo Vallejo, Pablo Hervías, and El Hacen. However, the team has been picking up results quite consistently.

Important Stats ahead of Real Sociedad B vs Real Valladolid

FAQs on Real Sociedad B vs Real Valladolid game 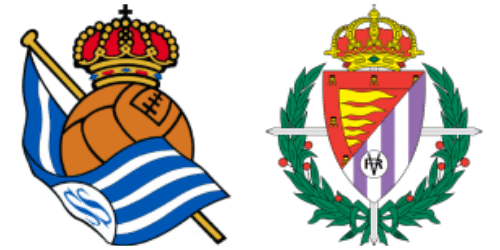