One of the closest games in the next La Liga 2 round is the Real Oviedo vs Real Valladolid duel, so check our preview of this game and some of our top betting tips.

If you are not able to decide on the best bet for Real Oviedo vs Real Valladolid, check our top betting tips for this match:

This is perhaps the hardest game to predict in this round of La Liga 2 since Real Valladolid is fighting for direct promotion to La Liga, while Real Oviedo is trying to get into the playoff zone.

However, Real Valladolid is on a three-game winning streak and they’ve beaten Real Oviedo in three of their last five h2h duels, so our prediction is for Real Valladolid to win this game.

Three of the last five head-to-head duels between Real Oviedo and Real Valladolid have gone over 2.5 total goals, so we can see that being the case once again on Sunday.

Both teams have scored in three of the previous five h2h meetings between Real Oviedo and Real Valladolid, so we can see them both scoring in their upcoming match as well.

In addition to this, both teams have scored in 55% of all Real Oviedo matches in the league until now, while the same is true for 45% of all Real Valladolid games in La Liga 2 this season.

With one win, two draws, and two losses, Real Oviedo is clearly not in the best of forms right now. That being said, the team is still relatively close to the playoff zone since they are eight points behind it right now. If they can turn their form around soon, we could see Real Oviedo in the race for a playoff spot.

Unlike their next opponent, Real Valladolid is very hot right now. The team is on a three-game winning streak and they are without a loss in the last eleven games in La Liga 2, eight of which were wins. Of course, that puts Real Valladolid in third place, tied with Almeria for second but with a worse goal difference.

If you are looking for the best Sporting Gijon vs Tenerife odds, take a look at our selection of odds from the biggest UK betting sites: 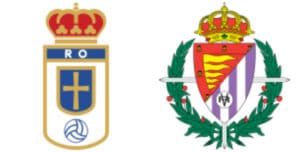