Estadio Nuevo Carlos Tartiere will be the location for the league game between Real Oviedo and Eibar this weekend. All betting tips for this game will be covered by this preview.

Real Oviedo managed a 2-0 victory over Ponferradina at home to remain just a few places outside the top six. Eibar lost for the first time in five matches after a 2-1 loss to Mallorca in the midweek Copa del Rey action. During the weekend, the team had managed a very narrow 3-2 win over Real Sociedad B.

Real Oviedo to win the game

Real Oviedo have gone through a sharp improvement in home results with four wins in the last five games. Eibar, meanwhile, have seen a slump that threatens their place in the top two positions. In away matches, Eibar have not been especially convincing and Real Oviedo are out for revenge for the defeat earlier in the campaign.

Real Oviedo have witnessed two clean sheets in the last three home games. There has been just one match was over 2.5 goals when Real Oviedo have played at home in the last five games. Eibar have also similar statistics in the recent five away league games, as Gaizka Garitano’s men have struggled in away games.

The likelihood of witnessing goals at both ends is quite low considering that Eibar have had a period of sustained poor performance in away games. Even though Eibar have scored in the last three league matches, they have largely faced poor opposition in this run.

Real Oviedo remain in a position to make a challenge for the top six places largely due to their much improved home form. Real Oviedo are far from having the best home record in the division, but they would rank as one of the top teams based only on recent form. José Ziganda has Javi Mier and Matheus Aiás unavailable due to injury.

Eibar have been unable to capitalise on Almeria dropping points over the last few weeks. If not for the dropped points in the league against Real Zaragoza and Malaga, Eibar would be leading the table. Even now, the deficit has dropped down to just three points. Manager Garitano only has Franchu unavailable due to injury while Gustavo Blanco Leschuk is suspended for the game.

Analysing the Stats for Real Oviedo vs Eibar 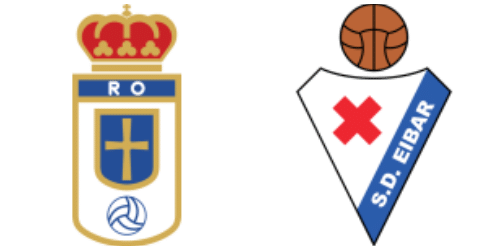