Real Oviedo have the opportunity to inflict more troubles on table leaders Almeria when the two teams go up against each other at the Estadio Nuevo Carlos Tartiere this weekend.

Real Oviedo suffered a first defeat in four league outings after losing 4-0 at the hands of Tenerife in the latest Segunda Division match. Almeria’s woes at the top of the table continued with the team losing 2-0 to Eibar and eventually dropping into second place.

Real Oviedo might have managed just one win in the recent five league matches, but the form of Almeria has been much worse. The defeat at the hands of Eibar is the latest in a string of losses for the team who could end up slipping to 3rd place in the table by the end of this weekend. Even though Almeria are unbeaten in the last three away games against Real Oviedo, this match could go in favour of the home team.

Almeria are struggling for results courtesy of women in defensive mistakes and it has resulted in a sharp increase in the number of goals being scored by the opposition. Real Oviedo might be struggling for form, but they tend to do well at home. In the last five home matches, Real Oviedo have scored fewer than 1.5 goals only on two occasions.

The form of Almeria is a big worry but the team has scored in six consecutive away matches. Real Oviedo are not an outstanding team at the back. This is reflected by just keeping clean sheets against the likes of Amorebieta and Ponferradina – struggling teams in the division – when it comes to home games.

Real Oviedo would be able to jump closer towards the top six places in the Segunda Division with a big win over Almeria this weekend. The conditions are right for Real Oviedo to pick up a first home victory over this opponent since 2018. Matheus Aiás is the only player unavailable for manager José Ziganda.

Almeria manager Joan Rubi is facing intense criticism already and the latest defeat to Eibar has seen Almeria dropped to 2nd place in the league table. Despite having possession, Almeria have been unable to get control of the game. There are no injury problems for the visitors.

Analysing the Stats for Real Oviedo vs Almeria 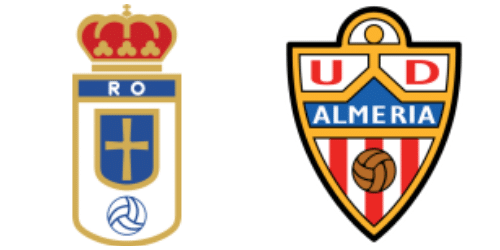