RB Leipzig are looking to reach the quarter-finals of the Europa League for the first time since the 2017-2018 campaign when they take on Real Sociedad at the Red Bull Arena for the first leg of the knockout play-off.

RB Leipzig produced a dominant performance during the weekend to beat FC Cologne 3-1 at home. The game was effectively over before the hour as goals from Nkunku, Olmo, and Angelino gave RB Leipzig a commanding lead. Real Sociedad managed a 2-0 victory over Granada to register the first win in four games. Mikel Oyarzabal’s first-half penalty was followed up by Rafinha’s second-half goal.

RB Leipzig have been in dominant form especially in the home matches. A sequence of four consecutive wins for RB Leipzig in the home matches certainly make it difficult for Real Sociedad to expect anything out of this game. The Spanish outfit have struggled in away European games with just one win – a narrow success over Sturm Graz – in the last five on the road.

Christopher Nkunku is into double figures for the campaign in the Bundesliga after 11 goals in 21 games. He has scored in back-to-back games for RB Leipzig. On the European front, the 24-year-old has failed to score only in two of the last six Champions League appearances.

Even though Real Sociedad have been struggling for goals of late, they have been able to raise their game to a certain extent for the European matches. RB Leipzig suffer from the occasional loss in concentration like they did against Cologne during the weekend. This should mean goals at both ends.

RB Leipzig are back in the Europa League after three consecutive campaigns in the Champions League. However, this may be a great opportunity for RB Leipzig, who are one of the favourites to win the title, to win a major honour. The German outfit will be without Marcel Halstenberg for this game.

Real Sociedad were finally able to break a winless sequence during the weekend. Manager Imanol Alguacil will be hopeful that this victory over Granada serves as a director for the team. Martín Zubimendi’s accumulation of yellow cards sees him suspended for this match. Carlos Fernandes, Nacho Monreal, and Ander Barrenetxea are injured for the game.

Detailed Analysis of the Stats for RB Leipzig vs Real Sociedad 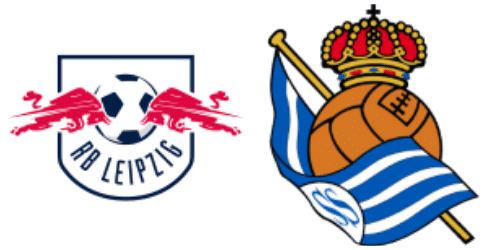 Where is the match going to take place? Red Bull Arena

Who is the favourite team to win the game? RB Leipzig