Raith Rovers head into the game as the confident team in Group A following a massive victory in the opening round. Stirling Albion also come on the back of a win in the first game.

Raith Rovers produced a spectacular performance to beat Peterhead 6-0 at home. This was a performance that witnessed a brace from summer signing Dylan Easton, who was signed on a free transfer from Airdrieonians. Stirling Albion also had their summer signings get off the mark in the 2-1 win over Dumbarton, as Robert Thompson scored the opener.

Victory for Raith Rovers at half-time and full-time

Raith Rovers have been in spectacular form and the big win over Peterhead will further instill confidence into the team. Despite a comfortable win over Dumbarton, Stirling Albion could struggle in this fixture has Raith Rovers present a far greater threat in almost every area. In the past six meetings between the two teams, Raith Rovers have come out successful in all matches.

Stirling Albion have shown that their forward line and cannot be taken lightly and the goal from Robert Thompson will further add to their confidence level. Raith Rovers have a brilliant offence that was able to tear apart Peterhead in the last match. The offensive form of both teams will come to the fore in this game.

Raith Rovers are looking for another big victory that will put them alongside Aberdeen at the top of the table. The team will be wary about three consecutive away games going into the Championship season as well. There are also plenty of injury worries for manager Ian Murray, who will be without Brad Spencer, Ross Matthews, Lewis Vaughan, and Tom Lang because of injuries.

Stirling Albion are looking for their first victory over Raith Rovers since 2010. Since then, it has been a disastrous run for Stirling Albion. Manager Darren Young also comes into the game with seven defeats in his 11 matches against compatriot Ian Murray. Ross Davidson is out with a foot injury. 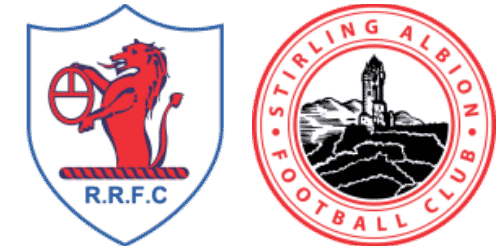 Who is the favourite team to win the game? Stirling Albion