Quevilly Rouen will be facing Le Havre on the 5th of March and we will be reviewing the match to find the best betting tips and odds for it. For more Ligue 2 predictions, you can check out our website.

Here, you can check out the most recent odds and tips for the upcoming Quevilly Rouen vs Le Havre fixture this weekend.

These odds are all from Ladbrokes and can change at any time. Make sure to double-check your bet slip before placing the bets.

Le Havre beat Quevilly Rouen in two of the last three head-to-head games they played against each other. Also, Le Havre is currently eight points ahead of Quevilly Rouen in the Ligue 2 table. Their recent form might be the same in the last five fixtures with one win, two draws, and two losses, but Le Havre has the advantage shown by the eleven positions difference between them.

Quevilly Rouen doesn’t have any suspended players at the moment, but they do have an injury on record. Albin Demouchy got injured last December and we still don’t know when exactly he will be back.

Le Havre doesn’t have any injury or suspended players at the moment, which gives them an advantage against Quevilly Rouen in another aspect. Also, with the teams’ history against one another, it’s highly unlikely that the home team would be able to turn the score around to their advantage.

Recent Statistics and Odds for Quevilly Rouen vs Le Havre

These are the most recent results and statistics involving Quevilly Rouen and Le Havre for their match this weekend. 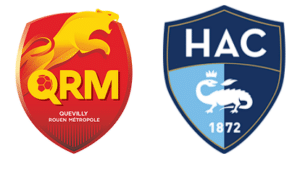