Fratton Park will be the location for the penultimate League One match of the season when Portsmouth go up against Wigan.

Portsmouth ensured a strong finish to the season 3-1 success over Gillingham during the weekend. A brace from Ronan Curtis was influential in this victory for Portsmouth, whose other goal scorer in the game was Clark Robertson. Wigan athletic’s defensive problems continue to let down the team following a 1-1 draw with Plymouth. A late goal from Whatmough cancelled out Jephcott’s opener for Plymouth.

Wigan have gone through a substandard set of results over the last few matches and they are now in danger of failing to win the league title. Wigan have dropped points in the last four games and they might continue to do so against an impressive Portsmouth team, who especially perform well in games at Fratton Park.

There have been under 2.5 goals in just two of the last five matches for Wigan, but the Latics have not been playing well of late. Even though Portsmouth have been offensively good, the home team may lack the impetus to get a victory with just two games left in the campaign that have no major impact on the league position.

Wigan have witnessed goals at both ends in a remarkable four of the recent five matches whereas Portsmouth have been very close on this front with three of the last five games hitting this target. Portsmouth will play without pressure and they are likely to be lackadaisical at the back.

Portsmouth are set to finish the season in the top half following the recent set of results. Three wins in the last four matches has lifted the team to within touching distance of the top six. For the upcoming league match, manager Danny Cowley remains without many key players in the squad due to injuries.

Wigan have gone through a crisis that has left them in serious danger of not winning the league title this season. The club’s lead at the top has been cut down to just three points after the latest result against Plymouth. Wigan finish the campaign with back-to-back away games to make things even more interesting.

Detailed Analysis of the Stats for Portsmouth vs Wigan

FAQs on Portsmouth vs Wigan game 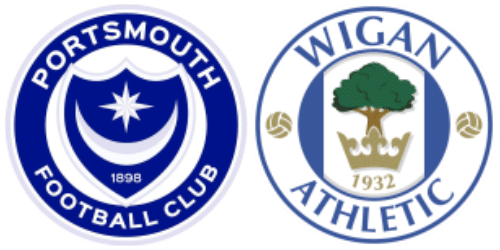