Portsmouth have a crucial game against Doncaster Rovers at Fratton Park with the visitors coming into the game on the back of some decent results.

Portsmouth picked up a crucial 2-1 victory over Burton Albion to end a six-game winless streak in all competitions. This was also the first league win for Portsmouth since the early weeks of December. Meanwhile, Doncaster could not build on the recent win over Sunderland after losing 1-0 to Ipswich Town.

Portsmouth were able to produce a solid victory over Burton, but this Doncaster team have been playing with a lot more freedom in away matches. The back-to-back wins over promotion hopefuls like MK Dons and Sunderland will provide the team with plenty of confidence. Doncaster would actually of playing away from home at this junction after losing six straight games at home.

There have been plenty of goals to cheer for both supporters whenever Doncaster are travelling away from home. In three out of the last away games for Doncaster, there have been more than two point goals with some even producing more than 4.5 goals. Even though recent games between Portsmouth and Doncaster have been tight matches with less than 2.5 goals in four out of the last six meetings, this fixture could be a different trend setter.

The likelihood of witnessing both teams scoring is quite high in the game, as Portsmouth are never far from a mistake that has led to goals in the last four consecutive league encounters. Doncaster might have picked up back-to-back away wins, but the team has registered just one clean sheet in eight away games.

Portsmouth are in a brilliant position to build on the recent win over Burton Albion. Danny Cowley has no reasons to change the starting line-up that did so well against Burton Albion in the recent game. However, the manager will be without Joe Morrell suspension, while Shaun Williams, Marcus Harness, and Paul Downing are set to miss the game due to injuries.

Doncaster are still struggling with a number of injury problems apart from poor form. The club will be without as many as seven players for this game. This includes Fejiri Okenabirhie, Cameron John, Tom Anderson, Ben Close, Jordy Hiwula-Mayifuila, John Bostock, and Jon Taylor.

Closer Look at the Stats for Portsmouth vs Doncaster

FAQs on Portsmouth vs Doncaster game 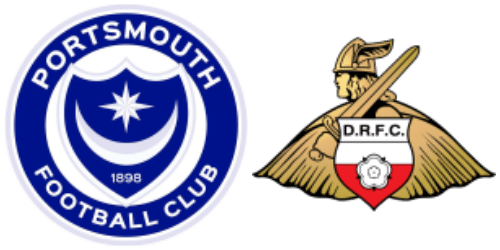