Portuguese Super Cup record holders FC Porto go up against Tondela in a bid to extend their winning sequence in the competition even further. The Estádio Municipal de Aveiro will be the location for this game.

Porto had a very strong

The head-to-head numbers between Porto and Tondela provide a one-way story. The last time Tondela were able to beat Porto was in 2016. Since then, there has been a sea of wins for Porto. Crucially, Porto have been quite strong even from the recent friendly matches. In the last five meetings between the two teams, Porto have been running at half-time and full-time on all five occasions.

Porto were the top scorers in the league last season with a whopping 86 goals from the 34 games. This combined with Tondela squad defence – even if they are expected to put up a resilient fight – is likely to lead to plenty of goals.

Tondela might have had a decent pre-season, but one of the biggest reasons for their relegation was a lack of goals. The team finished with just 41 goals from their 34 league encounters. Porto had the stingiest defence amongst all Portuguese clubs last season. They are unlikely to make things easier for Tondela.

Porto have been immensely successful when it comes to the Portuguese Super Cup. They have picked up the title on 22 occasions, which is a record. The last time Porto failed to win the final of this competition was in 2008-09 when Sporting CP picked up a victory. For the upcoming game against Tondela, manager Sergio Conceicao heads without any injury problems in the squad.

Tondela were able to rejoice last season after making it to the final of the Portuguese Super Cup despite being relegated from the Primeira Liga. Now, Toze Marreco has assumed the role of the head coach at just 35 years of age. Tondela have had significant transfer activity in the summer with several new players coming in. There are no injury worries for the visitors coming into the game.

FAQs on Porto vs Tondela game 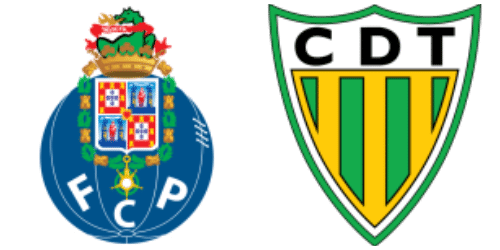 Where is the match going to take place? Estádio Municipal de Aveiro