Porto have gone through a string of successes and progression to the Europa League round of 16 is unlikely to switch their attention away from the weekend’s league match against Gil Vicente at the Estadio do Dragao.

Porto progressed into the last 16 of the Europa League after beating Lazio 4-3 on aggregate. This was after securing a 2-2 draw in the second leg at the Stadio Olimpico. Meanwhile, the team picked up a narrow 1-0 win over Moreirense during the weekend. Gil Vicente managed back-to-back league wins after beating Belenenses 2-0 at home. Calero and Élder Santana were the scorers in this game.

Porto to win in both halves

Porto’s home record against Gil Vicente is rather spectacular with wins at half-time and full-time in 11 out of the last 12 games. Gil Vicente are likely to put up a much better fight this time around. Ricardo Soares has seen his team opened the scoring in four out of the last five league matches and it is a record that they share with Porto as well.

Many of the recent meetings between Porto and Gil Vicente has turned out to be a tight match with less than 2.5 goals, but this upcoming match can be an exception. Both clubs are going through a splendid run of form in the offensive areas of the pitch. Porto and Gil Vicente are the top teams in the Portuguese Primeira Liga over the last six matches.

Gil Vicente have come up with nine goals in the last six league games. They have been very consistent and relentless in the pursuit of points and goals. Porto have been scoring for fun but they have also been leaking goals.

Porto come into this game with the need to make multiple changes after the midweek Europa League exertions. Manager Sergio Conceicao also has a lengthy list of players who are unavailable due to injuries and suspensions. Pepe, Marko Grujic, Mateus Uribe, and Agustín Marchesín are suspended, while Wilson Manafa is injured.

Gil Vicente have had an entire week to prepare for this encounter. Manager Soares also has the advantage of very little injuries in his squad. Therefore, Gil Vicente have the freedom of being quite flexible with the starting line-up. Murilo Souza and Ziga Frelih are unavailable for the visitors.

Detailed Analysis of the Stats for Porto vs Gil Vicente 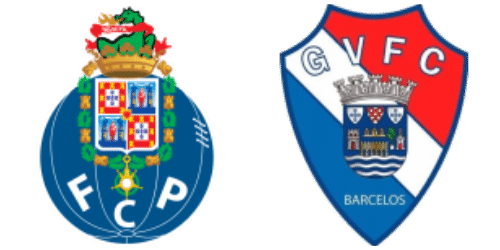