Despite a late push for the title, Sporting CP might end up losing the crown as the champions when they go up against Portimonense at the Estádio Municipal de Portimão this weekend.

Portimonense are coming on the back of a disappointing 1-0 loss against Arouca ahead of this final home match of the season. Sporting CP have pushed Porto to the ultimate game of the season for the league title after a 4-1 success over Gil Vicente.

Sporting CP have been able to pick up a victory at half-time and full-time in five out of the recent seven league matches. Portimonense have been on the losing side in both halves in 50% of the recent six matches. A match between these two clubs is likely to end up quite badly for Portimonense even if they are playing at home.

Portimonense have scored continuously in their home matches going back to the last 10 outings at the Estádio Municipal de Portimao. Even though Sporting CP have an outside chance of winning the title, they have been defensively very mediocre so far this season.

Portimonense are having a very underwhelming end of the season, as the team has ended up losing a string of away matches even if home form has been able to preserve some element of pride for the team. Willyan has accumulated yellow cards that will prevent him from taking part in this match.

Sporting CP come into this match with a fully fit squad available for manager Rúben Amorim, who has a 100% record against his compatriot Paulo Sergio and opponents Portimonense. Luis Neto is the only player who is missing from action due to a suspension after having had an accumulation of yellow cards.

Stats and Key Numbers for Portimonense vs Sporting CP 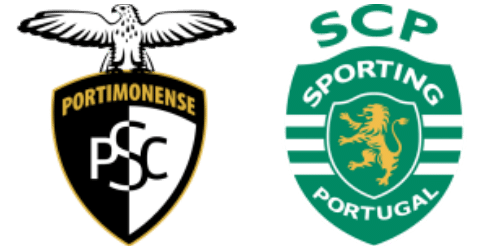