Portimonense look to continue their outstanding sequence of results when they go up against Famalicao at the Estádio Municipal de Portimão.

Portimonense were able to manage a third consecutive victory after managing a 1-0 success over Maritimo. Famalicao picked up the first victory of the campaign by beating Santa Clara 1-0 at home.

Portimonense have averaged 1.5 goals per game so far this season. Their match against Famalicao should not produce a lot of goals with the visitors having just scored the first of the campaign. Famalicao’s lack of goals in this fixture has meant that the recent two meetings have produced less than 2.5 goals.

The lack of goals from Famalicao has been quite obvious with the team managing just one goal from the opening four games. Famalicao have also failed to score against Portimonense in the last two trips to the Estádio Municipal de Portimão.

Portimonense coach Paulo Sergio is a happy man after seeing his team open the campaign with a strong set of results. The loss against Boavista is quickly forgotten with the team now registering three consecutive victories. Carlinhos is the only player because of an injury ahead of this game.

Famalicao have had a very difficult start to the season, but there are signs of recovery with the team managing four points from the last two matches. Rui Pedro Silva, though, has never been able to beat Portimonense or Paulo Sergio in his coaching career. The visitors will be without Iván Jaime because of an injury.

Recent Form, H2H, and Other Numbers for Portimonense vs Famalicao

FAQs on Portimonense vs Famalicao game 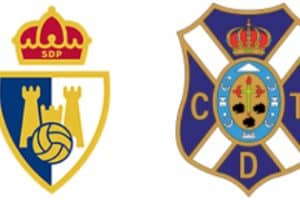