Portimonense and Sporting Braga are separated by several places in the league table, but both teams are almost similar in terms of recent form. This preview will look at the match between these two clubs at the Estadio Municipal de Portimao.

Portimonense suffered a 2-0 loss at the hands of Estoril to make it back-to-back losses in the Primeira Liga. Jordi Mboula and Francisco Geraldes scored the goals to inflict this defeat upon Portimonense. Sporting Braga suffered a 1-0 loss to Gil Vicente during the weekend. This was followed by a 1-1 draw with Monaco in the midweek Europa League match. However, Sporting Braga progress to the next round after the 3-1 aggregate win.

Portimonense are now winless in 12 consecutive matches and it is unlikely that the club’s form will recover between now and the end of the season. Due to the less motivation for Portimonense, the team may settle for a draw in this match. Braga can now look forward to the next round of the Europa League and it will once again take their attention out of the Primeira Liga. Two of the last three meetings between these two clubs has been a draw.

The last game between Braga and Portimonense witnessed three goals but the upcoming match is unlikely to be anything similar. Both teams have scored less than a goal per game over the last six matches.

Portimonense have scored in six out of the last seven league matches. Even though the team did not get any goal in the last match against Estoril, Braga have not been solid at the back.

Portimonense boss Paulo Sergio has frequently struggled in games against Sporting Braga. Even when at home, Portimonense have never beaten Sporting Braga. For the upcoming match, the home team have Ricardo Matos and Pedrao unavailable because of injury. However, the team will see the return of Fahd Moufi from suspension.

Braga will have to do without the presence of Fabiano, who has picked up a suspension after accumulating yellow cards. Yan Couto is expected to start in his absence. Manager Carlos Carvalhal will also be without Roger Fernandes and Nuno Sequeira because of injury problems.

Closer Analysis of the Form and Stats for Portimonense vs Braga

FAQs on Portimonense vs Braga game 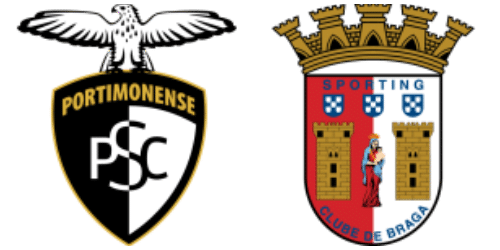