Ponferradina are up against Mirandes at the Estadio El Toralín for a Segunda Division game this weekend. This preview will aim to provide the top betting tips for this game.

Ponferradina managed a 2-1 win over Cacereño in the first round of the Copa del Rey to register four wins in the last five games. Mirandes beat San Roque Lepe 3-0 in their Copa del Rey game.

Ponferradina have been on a good run of results of late. Apart from the away defeat against Burgos, Ponferradina have been immaculate over the last few games. The same cannot be said about Mirandes, whose last league victory was in the first week of November. Mirandes also tend to struggle against Ponferradina after losing four consecutive games against this opponent.

Mirandes might be just a place above the bottom four, but the team has managed a decent return of goals of late. Apart from the failure to score against Huesca, Mirandes have been able to keep the score board ticking. Ponferradina, though, are in a much better form with players like Sergi Enrich and Agus Medina being able to contribute regularly in front of goal.

Mirandes and Ponferradina have done well to average over a goal per game in the last six matches. The major threat from Ponferradina is through the likes of Medina and Sergi Enrich. Still, there is no denying that both teams have enough threat going forward.

Ponferradina are just three points away from getting into the automatic promotion spots following the latest set of league encounters. The club has also made it to the second round of the Copa del Rey. Amidst such positive sentiments, Ponferradina will be looking to make the most of the next four league matches before going into the break. There are no major injury problems for the hosts.

Mirandes will be hopeful that the club will be away from relegation trouble when they head into the break towards the end of December. There are potentially winnable matches coming up for Mirandes, but the team needs to be in the right frame of mind to make the most out of them. Mirandes only have three games before they head into the break. Miranda do not have any serious injury worries coming into the match.

Analysing the Stats for Ponferradina vs Mirandes

FAQs on Ponferradina vs Mirandes game 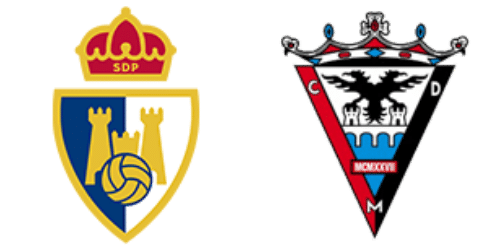