Plymouth will look to keep momentum going when they take on Cheltenham at the Home Park in the midweek action. Plymouth can get to within two points off MK Dons by the end of this match.

Plymouth have been spectacular momentum and they are close to building a substantial advantage over the likes of Oxford and Sunderland. Steven Schumacher has been able to get outstanding performances out of his players who have the automatic promotion spot within touching distance. Cheltenham might have been among the wins of late, but it is very difficult to back Michael Duff’s team away from home.

The recent match against Accrington is the first Plymouth match to produce over 2.5 goals since March. Schumacher has been able to build results around his team with a strong defence. Despite facing a Cheltenham who are good going forward, this match should be a tight game with less than 2.5 goals.

Apart from the existing five consecutive wins, Plymouth have also kept five consecutive clean sheets. The last goal conceded by Plymouth was towards the end of February. Even though Cheltenham do have players like Alfie May in outstanding form, Plymouth will be hard to break down at home.

Plymouth vs Cheltenham: League One Match Preview and Team News

Steven Schumacher is unlikely to make changes to the team that has been on an excellent run over the last few games. There are no injury problems for Plymouth, who are looking to take on MK Dons from the third spot. George Cooper, Brenden Galloway, Alfie Lewis, and Dan Scarr are the players who are unavailable because of injuries.

Cheltenham manager Michael Duff has to deal with a quick turnaround for this match. However, this is unlikely to force the manager make changes to the starting line-up that performed well against Wimbledon in the last match. There are no players unavailable due to injuries or suspensions.

Detailed Analysis of the Stats for Plymouth vs Cheltenham

FAQs on Plymouth vs Cheltenham game 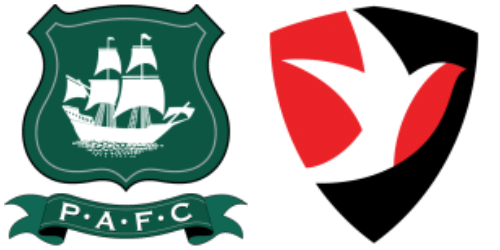