Pacos Ferreira are looking to make a dent in Porto’s title ambitions when they welcome the table leaders to the Estádio da Capital do Móvel.

Pacos Ferreira managed back-to-back league victories for the first time since 2022 after beating Belenenses 2-0 away from home. A penalty from Denilson and a second-half goal from Helder Ferreira were enough to get a victory. Porto had to work hard for beating Sporting Lisbon in the Taca de Portugal semifinal’s first leg. Porto picked up a win thanks to a penalty from Taremi and a goal from Evanilson.

Evanilson has been a key source of goals for Porto in the last few weeks. The Brazilian has now scored nine goals in 20 appearances for the club this season. The 22-year-old has also been able to score in three out of the last four matches for the table leaders.

Porto are still not very convincing when it comes to the defence. Apart from the team sheet against strugglers Moreirense and Arouca, there has not been much defensive joy for Porto, who are distracted by their involvement in multiple competitions. Porto will not just focus on beating Pacos Ferreira, as a game against Lyon in the Europa League is just a few days away.

Despite being very convincing when it comes to picking up victories, Porto have not been the same team when it comes to stopping opposition away from the bay. There have been goals at both ends for Porto in four out of the last five matches in all competitions.

Pacos Ferreira face an uphill task to maintain the two game winning streak. The favourable round of fixtures may no longer resist César Peixoto’s team, who will be without Helder Ferreira because of suspension. Flavio Ramos, Jorge Silva, and Joao Vigario are out due to injury, while Jordi is a potential doubt for the game.

After a few questionable performances in recent weeks, Porto manager Sergio Conceicao is likely to bring some changes to the starting line-up. He has the advantage of a fully fit squad apart from Wilson Manafa. The game should see Agustín Marchesín going back to the bench despite his good performance against Sporting CP.

Recent Form, H2H, and Other Stats for Pacos Ferreira vs Porto 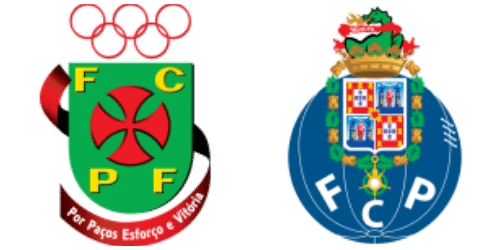