Estádio da Capital do Móvel will be the location for the weekend’s game between Pacos Ferreira and Portimonense. This will be a preview of the Portuguese Primeira Liga match.

Pacos Ferreira were involved in a third consecutive stalemate after only managing a goalless draw with Estoril, who are also struggling for results. Estoril had some decent chances in the game before being pegged back when Arthur Gomes was sent off in the second half. Portimonense lost for the fourth time in five matches after a 2-1 defeat at the hands of Tondela. Angulo’s first-half goal had provided Portimonense the lead, but Filipe Relvas’ second-half red card changed the dynamics of the game.

Portimonense are playing relatively well but silly mistakes are costing them badly. Pacos Ferreira have been involved in three consecutive draws, as the team has been unable to create too many chances in the final third. Portimonense and Pacos Ferreira have played out three draws in the last five meetings. Due to the two teams being in mediocre form, the draw is a more likely outcome.

This is a game which has frequently produced a low scoring encounter with just one of the last five meetings witnessing more than 2.5 goals. Portimonense have failed to score in three of the last five games against Pacos Ferreira and even the hosts are unlikely to contribute much to the goals given their disappointing and dull form in recent weeks.

Portimonense are on a terrible losing streak over the last few games. The team has been pushed down to 8th place in the table as a result of the same. For this match, Filipe Relvas is the only player unavailable due to suspension.

Analysing the Stats for Pacos Ferreira vs Portimonense 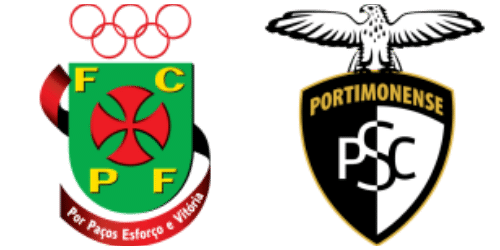