There is a lot to play for when Oxford United go up against MK Dons at the Kassam Stadium in the midweek action. The home team are looking to finish in the play-offs whereas MK Dons might even snatch the league title.

Oxford United were finally able to revive the play-off ambitions with the 3-2 victory over Fleetwood Town away from home. Oxford made life difficult for themselves after almost throwing away a 3-0 lead provided by goals from Holland, Brannagan, and Bodin. MK Dons are winless in back-to-back games after a 3-2 loss against Sheffield Wednesday. It would have been a big defeat for MK Dons if not for the goals from Parrott and Twine.

MK Dons have produced back-to-back poor performances but Oxford United have been playing much worse over the last few games. MK dons are looking for a first victory over Oxford since 2019 and they have not won away to Oxford since 2017. MK Dons are not far from having the best away record in the league after picking up 42 points from the 21 matches. The club are also unbeaten in 12 consecutive away games.

There have been more than 2.5 goals in the last match for MK Dons and Oxford United. The defence of both teams has been suffering quite badly over the last few games. Purely on this aspect, this match could end up producing over 2.5 goals.

Oxford and MK Dons are looking to achieve something big in the campaign. The two teams have been scoring at a decent pace for several weeks. They should be able to manage goals in this game.

Oxford are not far away from finishing in the top six and reaching the play-offs. The three remaining matches have the potential to take advantage of teams like Wednesday and Wycombe dropping points in the remainder of the campaign.

MK Dons are four points away from the top of the table even if the likes of Wigan and Rotherham have a game in hand. The likelihood of winning the league remains hugely on overcoming disappointment from the recent set of games.

Detailed Analysis of the Stats for Oxford vs MK Dons 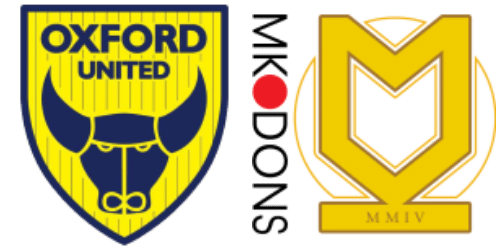